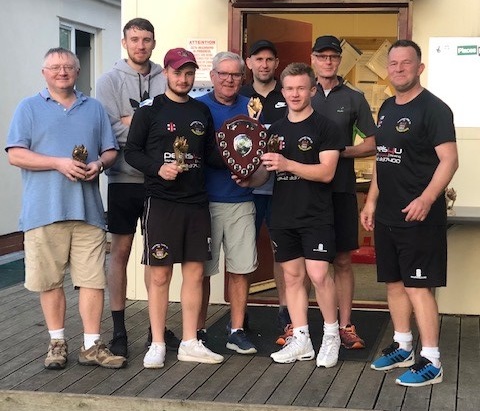 Team Camvac beats Shadwell Stud by 31 runs to claim the Shadwell Shield for 2019.

The batting was opened by Team Camvac who scored 159/6. In reply Shadwell Stud only totalled 128/6 – as a result of Team Camvac’s strong bowling and fielding presence.

To get to the final Camvac had some close games but improving game by game meant they were ultimately unstoppable on their way to claiming the Shadwell Shield for 2019.

Team Camvac’s run to the final;

Camvac would like to thank all teams who took part and Congratulations Team Camvac on the win!